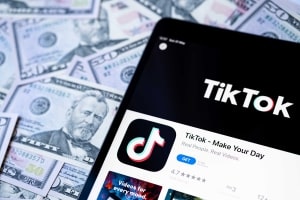 On February 25, 2021, the Plaintiffs’ Leadership Group, including Freed Kanner Partner Jonathan Jagher, moved for preliminary approval of a $92 million proposed class action settlement on behalf of users of the TikTok app.

The settlement, if approved by the court, would resolve claims that the social media company wrongfully collected its users’ biometric information and private data, and disclosed that information to third parties. In addition to creating a monetary fund for TikTok users, the settlement requires that TikTok initiate a new privacy compliance training program and take other steps to protect its users’ privacy going forward.

One of the most popular apps of all time, TikTok is known for its 60-second, video-sharing social network. While TikTok has denied any privacy violations, the class action lawsuit contended that the app collects and discloses personal data in violation of the Illinois Biometric Information Privacy Act (BIPA), the Video Privacy Protection Act, and other consumer and privacy protection laws.

Illinois is currently the only state in the country with a statute that allows consumers to seek monetary damages if their biometric information is wrongfully taken. Because of this important, Illinois-specific claim, the settlement proposes that each Illinois class member receive an additional five shares of the $92 million settlement fund compared to other class members nationwide.